The Military Vehicle Club of Ireland was formed by 13 individuals from both North and South at a meeting in Clarke NCOs Mess in the Curragh Camp in 1996.

Since 2004 we have donated over €34,000 to local charities and causes including:

Even in these times of recession, we will continue to donate as much as we can to deserving charities and causes. 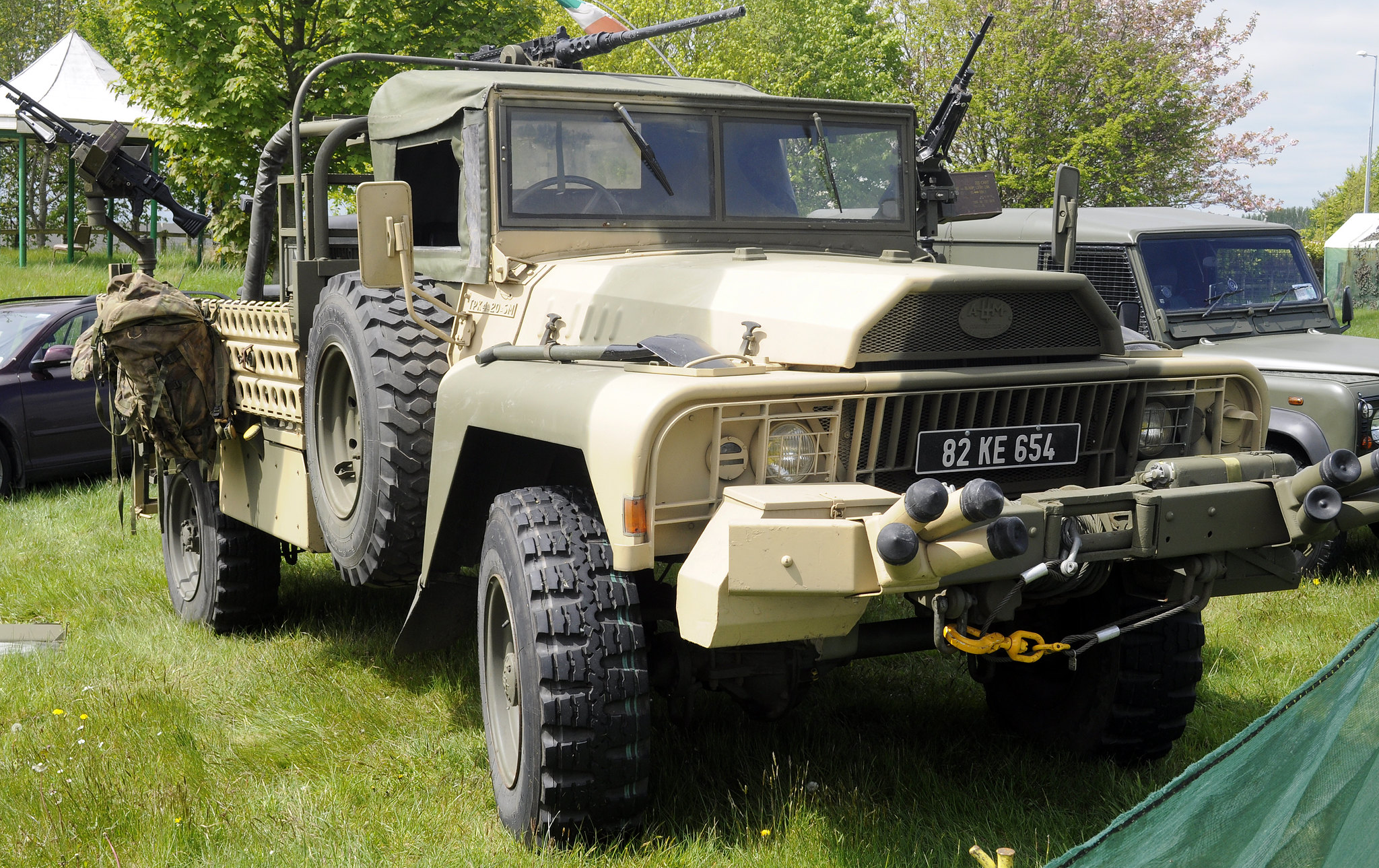 Any person may join the MVCI. You do not need to own a Military Vehicle to become a member, an interest in Military Vehicles is all that is required. On becoming a member you will receive free, an MVCI decal and an MVCI Pennant for your vehicle, a cloth MVCI badge and a membership card. This card allows you free entry to all MVCI events. This is the normal MVCI membership and costs €15 per year

Most members are currently also members of the Irish Vintage Society (IVS) either through the MVCI or independently. We do recommend that all members become or continue their membership of the Irish Vintage Society as we are affiliated to the IVS and receive benefits from being part of the largest Vintage umbrella group in the Country. Benefits to IVS members living in the Republic of Ireland include access to reasonable priced Vintage Vehicle Insurance.

The MVCI is an Area of the MVT. Many members are also members of the Military Vehicle Trust (MVT). Members may take out individual membership of the MVT. All members of the MVT receive four copies of the Windscreen Magazine per year. Members living in the UK also have access to other benefits including reasonable priced Vintage Military Vehicle Insurance. We do recommend that all members become or continue their membership of the MVT as there are considerable benefits to the individual and Club of being part of one of the largest Vintage Military Vehicle umbrella groups in the world.

Anyone wishing to become a member of the MVCI may download an application form and return it with the appropriate fee to the Membership Secretary, Robin Payne at 7 Grantham Street, Dublin 8, Republic of Ireland. Membership runs from January to December.

An AGM is held once a year, normally in December or January and all paid up members will be informed of the date in advance and it is hoped will attend. All paid up members may submit items for the agenda four weeks prior to the date of the AGM and may vote at an AGM. New members must be ratified by the membership at the AGM before becoming full members.

Read More About the Curragh Show 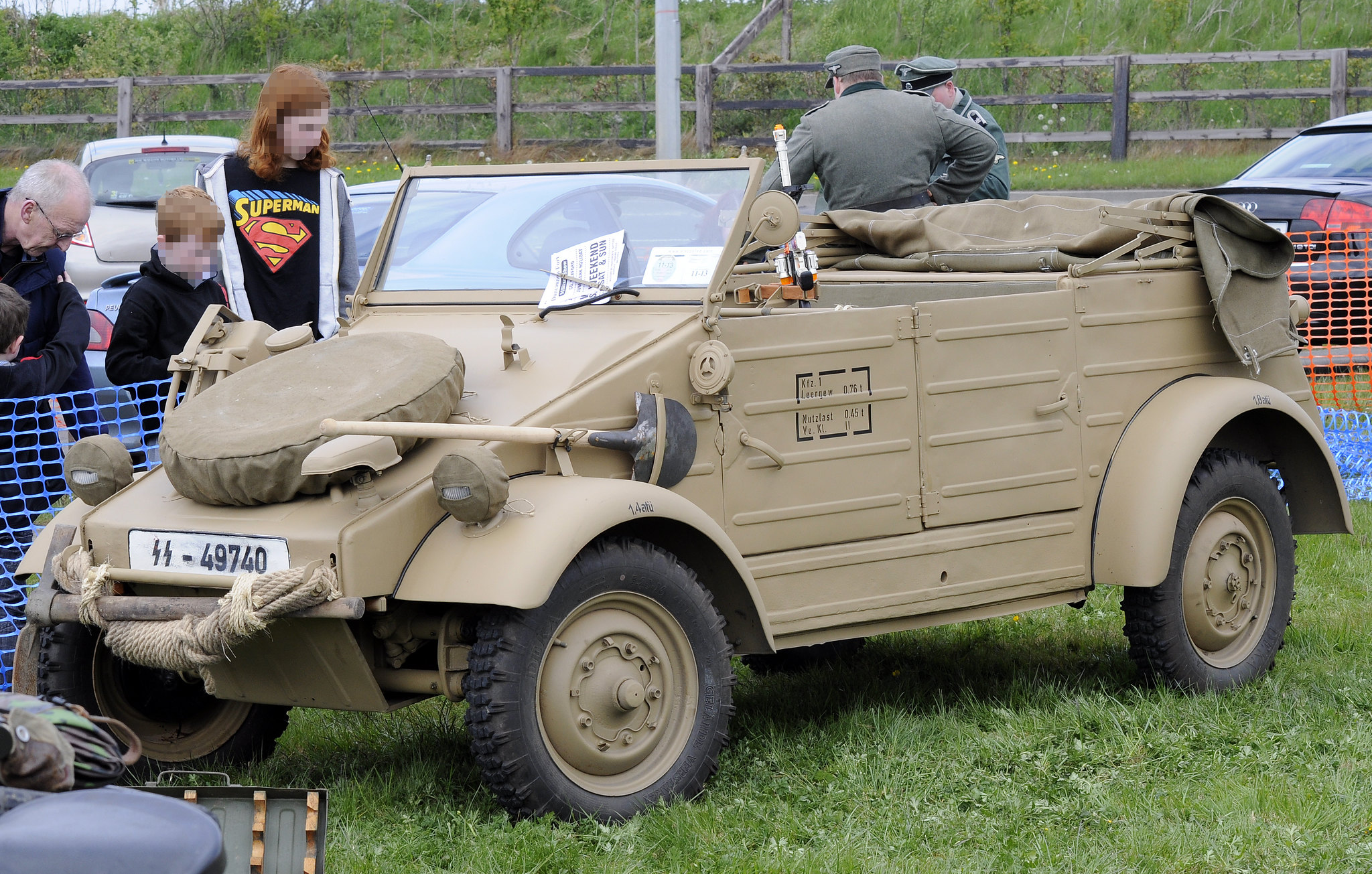 Military Vehicle Club of Ireland‘s Curragh Show took place in May 2004 when the  Curragh Racecourse kindly allowed us to use a small field in one of their car parks. We had about 20 vehicles of our own on display and a few hundred people attended on what was a typical Irish Sunday in May, sunny between the showers with a strong wind blowing in from the Plains of Kildare.
Over the years, the Show has grown beyond our expectations with Vehicles, Re En-actors and Living History displays coming from all over the Island and beyond. We have stopped counting the numbers of vehicles and displays on site.
The format of the Show hasn’t changed since 2004. While many other shows and groups go for a two day show open to the public, we have retained our own format which is that we take over the site on Friday and prepare for the show.

That evening we provide a free BBQ and a few cheap beers in the adjacent Curragh Racecourse facility.
While the public can and do wander around the show site on Saturday, the show proper is open officially to the public from 10am to 6pm on the Sunday.  Since we introduced the Saturday (Half Day open to the public) our faithful followers have grown immensely. We now get an average of about 10,000 visitors on the Sunday.
Being the first Military Show in Ireland in the year, there is a lot of tyre kicking and chatting to catch up on.
The rest of the vehicles and displayers are usually in position by lunchtime on Saturday when the real tyre kicking begins!
The Irish Defence Forces have supported us since the very beginning. 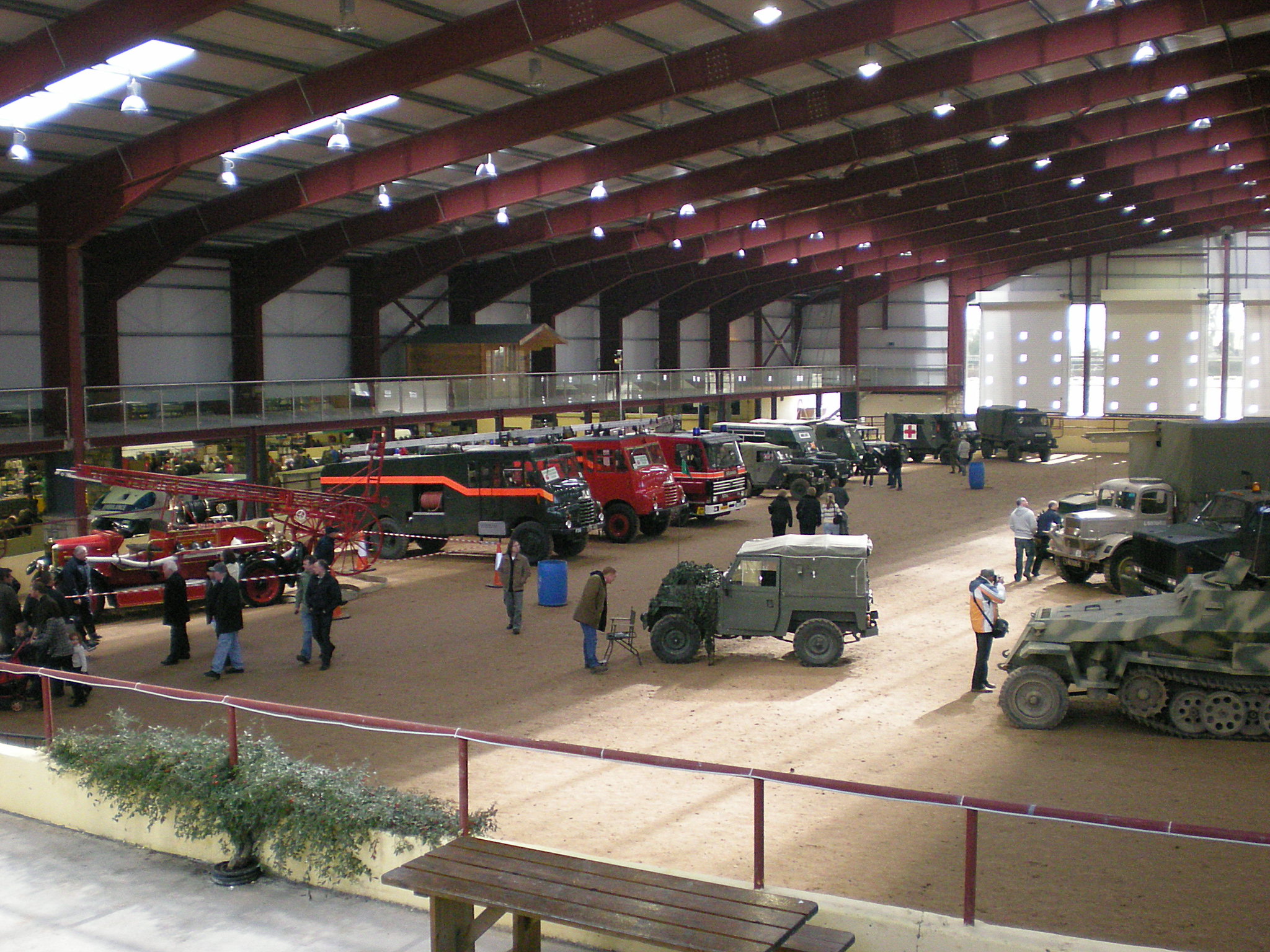 The Cavan show is also another of our Annual Events.

We receive many requests to appear at various type shows, throughout the year, all over Ireland. 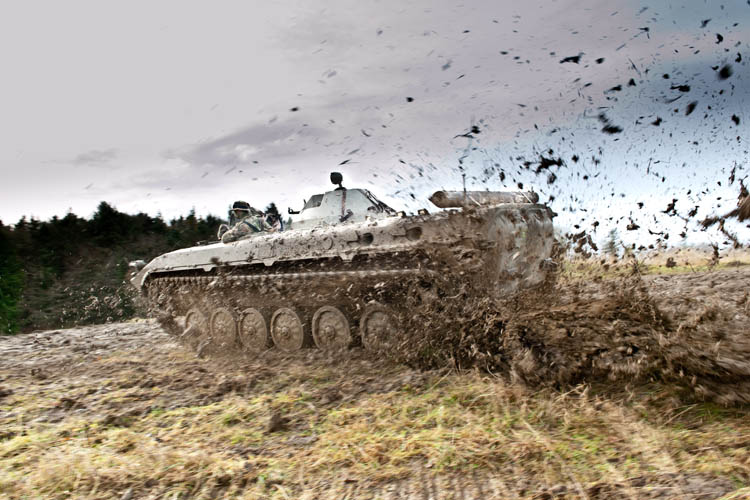 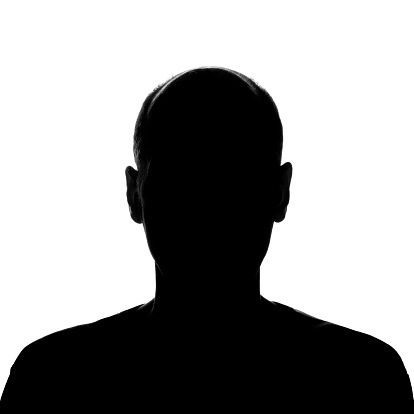 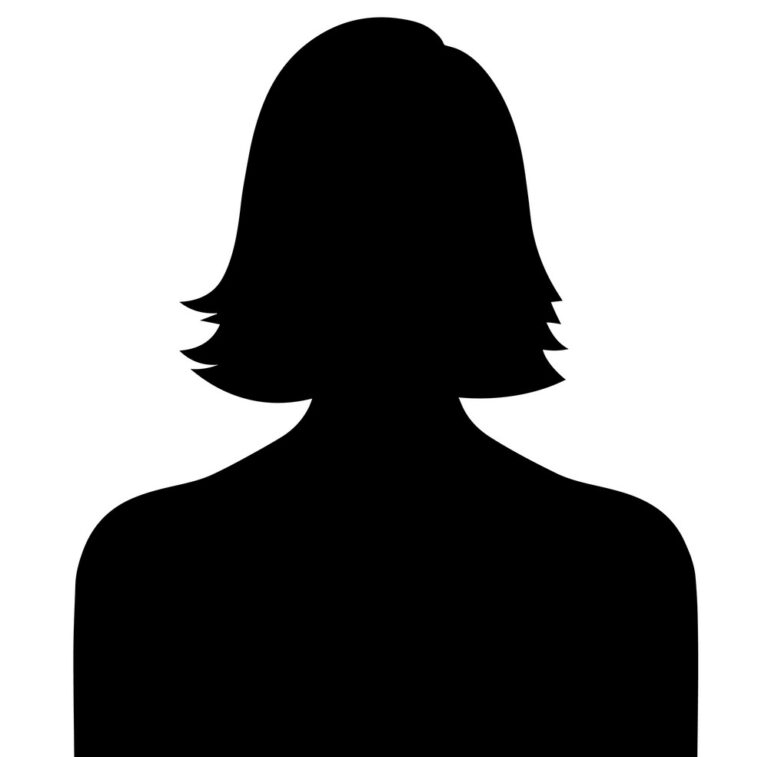 To view the links click on the + beside the category. All Links open in a new window

OT 64 going up and down a steep hill

OT 90 in the snow in Ireland

Old Defence Forces film about the Supply and Transport Corps

OT 64 beginning its trip from Czech to Ireland

Back to Top
Facebook-f Flickr
We use cookies on our website to give you the most relevant experience by remembering your preferences and repeat visits. By clicking “Accept All”, you consent to the use of ALL the cookies. However, you may visit "Cookie Settings" to provide a controlled consent.
Cookie SettingsAccept All
Manage consent

This website uses cookies to improve your experience while you navigate through the website. Out of these, the cookies that are categorized as necessary are stored on your browser as they are essential for the working of basic functionalities of the website. We also use third-party cookies that help us analyze and understand how you use this website. These cookies will be stored in your browser only with your consent. You also have the option to opt-out of these cookies. But opting out of some of these cookies may affect your browsing experience.
Necessary Always Enabled
Necessary cookies are absolutely essential for the website to function properly. These cookies ensure basic functionalities and security features of the website, anonymously.
Functional
Functional cookies help to perform certain functionalities like sharing the content of the website on social media platforms, collect feedbacks, and other third-party features.
Performance
Performance cookies are used to understand and analyze the key performance indexes of the website which helps in delivering a better user experience for the visitors.
Analytics
Analytical cookies are used to understand how visitors interact with the website. These cookies help provide information on metrics the number of visitors, bounce rate, traffic source, etc.
Advertisement
Advertisement cookies are used to provide visitors with relevant ads and marketing campaigns. These cookies track visitors across websites and collect information to provide customized ads.
Others
Other uncategorized cookies are those that are being analyzed and have not been classified into a category as yet.
SAVE & ACCEPT

This Code of Conduct is set out in accordance with paragraph 13 of the Club Constitution. It is primarily a health and safety document and has the same status and obligations on the members as that of part of the Constitution.

This document sets out the Code of Conduct of the Military Vehicle Club of Ireland and specifies the means provided to achieve that purpose. Our objective is to endeavour to provide a healthy and safe environment for all MVCI members and members of the public who may be affected by our activities. The success of the Code of Conduct will depend on your co-operation. It is therefore important that you read the Code of Conduct carefully and understand your roll and the overall arrangement for Health and Safety.

This document should be regarded as a “living document” in that it can be improved on as the need arises. It is our intention to review this Code of Conduct in the light of experience. MVCI members are encouraged to put forward suggestions for improvement.

This Code of Conduct shall apply to all MVCI members.

THE CODE OF CONDUCT

This will apply at any show, rally or other event at which MVCI/MVT members are appearing, whether or not the Club is involved with the organisation of such an event. It is intended to safeguard both MVCI/MVT members and the public from injury and danger.